Buying a new pair of winter boots at the start of a new season is one of life's most enjoyable activities. Although the weather may be turning gloomy and dreary, putting on a brand-new pair of shoes may instantly lift your spirits.

The best boots for women are versatile options. As the temperature drops, the correct pair can serve as a replacement for your flip-flops, heels, and sneakers. Ideally, we'd be purchasing a few styles to get us through the winter, but in reality, that's not really necessary these days.

It used to be that women had to pick between comfort and fashion, but now, owing to designers like Bottega Veneta and Prada, they can have both.

The kind that can toughen up slinky evening looks and floral day dresses while still looking gorgeous with tiny skirts, jeans, and casual attire. Read further to know about the Best Boots for Women in 2022, with a historical backdrop!

6 Types of Boots Every Woman Should Have 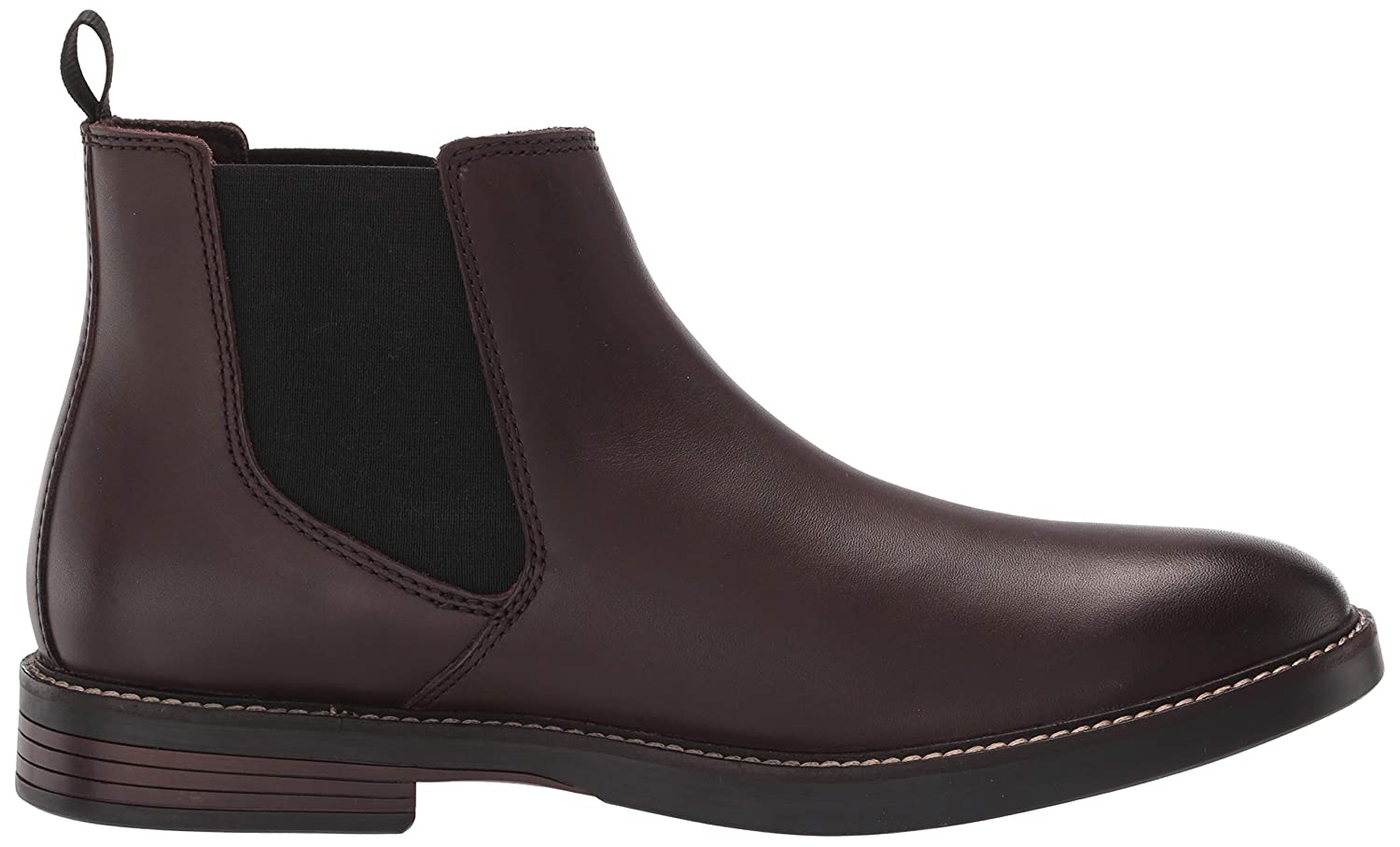 There are innumerable varieties of Chelsea boots, a shoe style that is deeply ingrained in modern fashion. Chelsea boots are ankle boots made of leather or suede with a firm sole and an elastic side that acts as a lace-free alternative and are one the Best Boots for Women to date.

Since 1950, the popularity of Chelsea Boots has increased among those who wear clothing on a daily basis because they are no longer just worn by Amazons.

When the so-called British "Mods" started donning them, they truly became part of the fashion landscape. The Mods were a group of young, fashionable jazz enthusiasts who developed a counterculture that helped the arts flourish after the Second World War.

The Mods traveled on striking scooters that they equipped with many lights and mirrors, wearing long parkas to preserve their clothing. They completed their attire with side-elastic boot covers.

The King's Road in London's Chelsea neighborhood is where the Mods congregated! That is where the shoe's current moniker originates.

The best Chelsea boots are still available from contemporary retailers like Clarks.

2. Over the Knee Boots 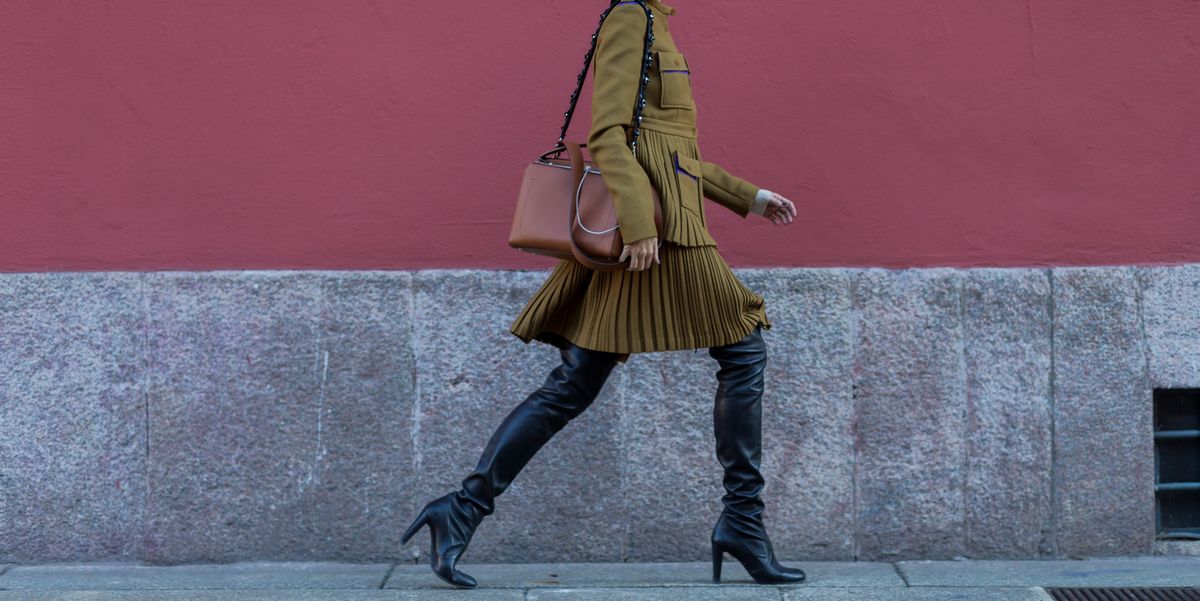 The next year, Roger Vivier's thigh-high alligator skin boots were featured in Yves Saint Laurent's couture line. These were created using a Vivier design that was first made for dancer Rudolf Nureyev in the ballet Swan Lake. A broader 1960s movement against the femininity of Dior's post-war "New Look" has been seen in the adaption of hyper-masculine boots as fashionable footwear for women.

Boots are a desirable fashion choice for younger ladies due to rising hemlines and the accessibility of new, vibrantly colored synthetic materials like PVC. In the late 1960s, as skirts got even shorter, thigh-length boots, or cuissardes, gained popularity again.

In his futuristic 1968 couture collection, Pierre Cardin included dazzling black PVC thigh boots. Beth Levine created seamless, stretch vinyl and nylon stocking boots that are tall enough to serve as hosiery in addition to boots. The tallest boots from this era were so tall that suspenders were needed to keep them up. The first duke of Wellington popularized these rubber boots, which later became a 19th-century hunting and outdoor necessity for the British elite. Wellington boots, also referred to as gumboots or rain boots have changed significantly in appearance from the hefty rubber boots of yesteryear.

There are several designs available, from a sleek matte black variant that's great for wet days to a printed flower design.

Team them with skinny jeans and a loose sweater for a stylish, rain- and snow-friendly outfit. Accessorize with scarves and beanies to complete the ensemble. Wear knee-high socks that barely protrude above the tops of your wellies to add a splash of color.

When we look at the history of boot designs from the 1900s to the 1960s, we can see that while boots were worn in the winter, the variety was pathetic in comparison to the abundance of attractive heeled shoes.

These boots for winter were functional rather than stylish. They were only worn outside to get around and were immediately taken off indoors. Vintage images of ladies wearing boots are extremely rare, and even advertisements for winter clothing hardly ever featured them.

Even while attempts to make boots trendy had been made over the years, it wasn't until the 1960s that fashion designers actually succeeded. Up until that moment, there were just a few basic types of winter boots: rubber rain boots or shoes, leather lace-up boots, rain coverings, and fur-lined booties.

Fur-lined carriage boots, also known as motor boots after cars took the place of horses and buggies, are ladies' most recognizable type of winter footwear. Traditionally, carriage boots had a velvet body, quilted silk or fleece inside, and fluffy rabbit fur or faux fur trim.

A single lace bow tie held the fur in place as it overflowed the boundaries and extended down the length of the foot. 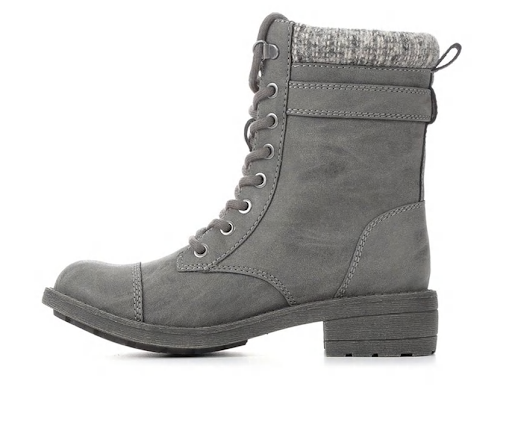 Combat boots, which were first designed for the military, have evolved into a fashion staple, entering the public consciousness in the 1960s and continuing to be important today. A sociological and social change story explains how military attire grew to be a common style among the general public.

Today, military boots are a symbol of might. They come in a range of shapes, materials, and colors and are worn for their bulky design and long-lasting toughness. Almost any casual clothing, including tough jeans and long gowns, can be worn with them. They have a strong sense of individuality due to a long history of struggle and iconography.

So, as a brief history lesson, the Vietnam War occurred in the 1960s. The new, long-lasting boots that were given to the soldiers were composed of high-quality materials. They quickly connected themselves to their boots as hierarchical symbols and self-representations.

It was more likely that they had been worn by a seasoned veteran the more battered they were. Soldiers who passed away frequently had their boots returned home as a remembrance of their loved ones or fellow combatants. Because of this emotional involvement, combat boots become a subliminal symbol for the military. 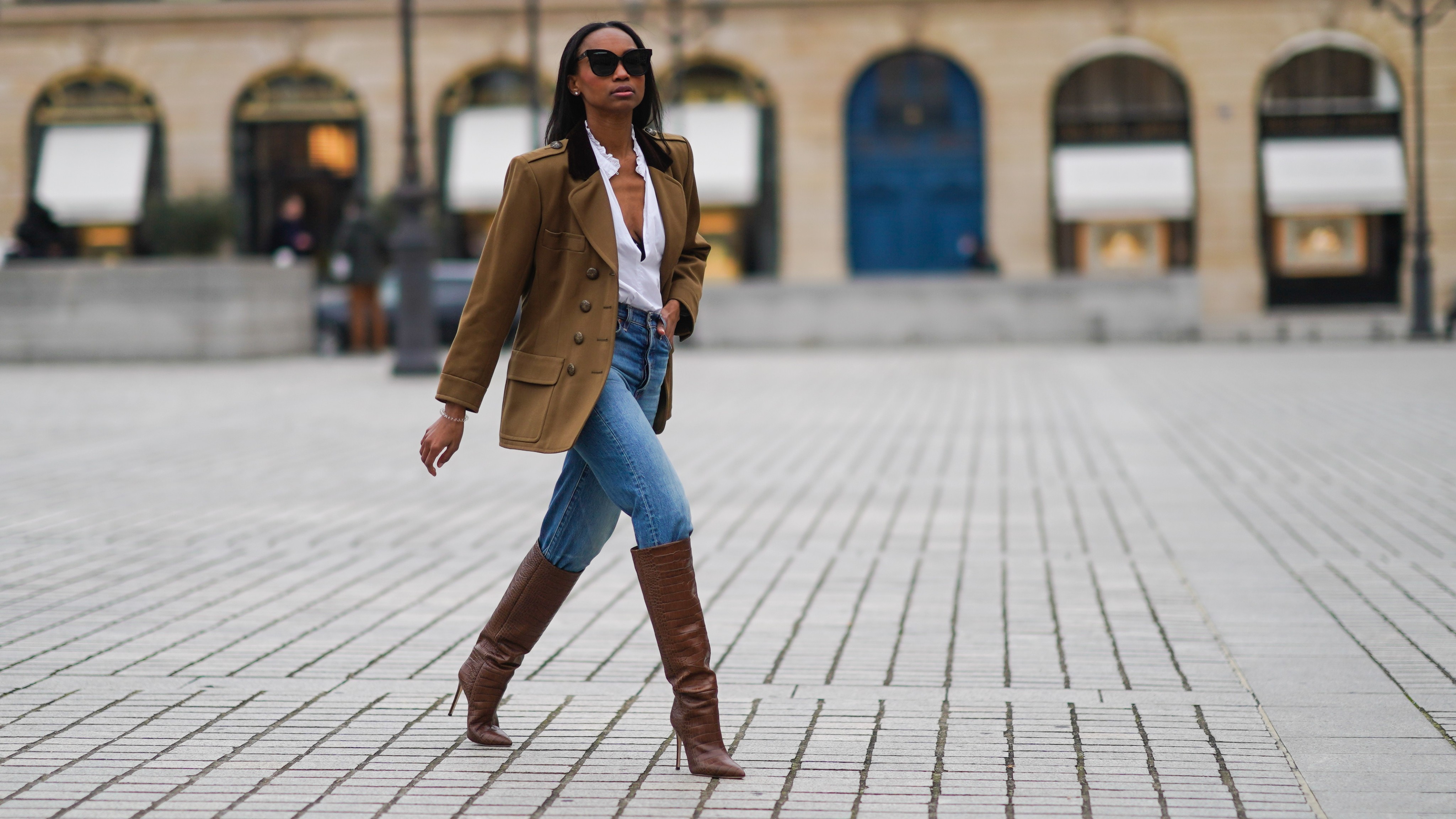 The contemporary heel started to take shape in the Victorian era. A more soft, pleasant heel with a focus on the curved instep to demonstrate "femininity and refinement" was made possible by advanced sewing techniques. However, these remained incredibly impractical.

The now incredibly fashionable stiletto heels weren't actually introduced until 1954. The name of this type of heel, coined by Roger Vivier, is properly "thin dagger" in Italian. The popularity of the heel fluctuated during the following 50 years. Still, one thing is for certain: fashion-conscious women will always have a special place in their hearts (and souls) for stilettos.

Even if you have a certain style of boot in mind, comfort should be your number one concern if you're going to be walking quite a distance to view the autumn foliage. Although boots made of genuine leather will soften and break in over time to conform to the contour of your foot, there are vegan leather alternatives that can imitate this effect.

Your shoes should ideally also feature a supportive arch, cushioned insoles, deep heel cups, and large toe boxes. When you take a stride, a thick rubber outsole might also help absorb some of the shocks!