The Nintendo Switch is swiftly becoming one of the most widely-used gaming consoles. It's the perfect gaming console for kids and adults alike since it can be played anywhere.

Many well-known games, from Zelda: Breath of the Wild to smaller indie efforts like Undertale, are available on the system. You may choose to play alone or with loved ones. The decision rests entirely with you.

Playing video games on a Nintendo Switch system is a great way to unwind during the week off from school for the holidays.

Here are six popular Nintendo Switch games you can play at home or with friends and family this holiday season.

We will look at some of the most impressive third-party games on the portable device, such as those developed by Bethesda, Square Enix, and other companies.

Many games have been developed with the Switch's relatively low-end technology in mind, but even so, it has been put to very good use in those games.

Continue reading the article below to see which video games made it into our list of the best Nintendo Switch titles of all time, and see if your favorites are included.

This will be your only choice for multiplayer if you only have access to a single Nintendo Switch console within your home. On a remote island, you and up to seven other people will play games together, with one person in charge. You also have the option to play with up to four players simultaneously.

The gameplay length is about 68 hours, and you can spend around 611 hours completing the game. The game is meant only for Nintendo Switch for now. The music in Animal Crossing is undeniably soothing and endearing, and it plays an important role in contributing to the general atmosphere of the games. Some of the music that plays during special events, like the one that plays on New Year's Eve in Animal Crossing: New Horizons, is just fantastic.

Fans of the Animal Crossing series will find AC: NH to be familiar, but the game introduces enough new elements to keep you interested even if you've played earlier titles in the series.

The new downloadable content called Happy Home Paradise includes a new resort location, new interior design tasks for the villagers, and a tonne of new design possibilities all around the game.

The Legend of Zelda: Breath of the Wild

Sometimes, it seems like a certain game was designed just for a certain system. Breath of the Wild was the launch title for the Nintendo Switch, and it was an open-world adventure game. Although you can enjoy this game on Xbox and on your PC (with emulation software), this one clearly seems to be best enjoyed on Nintendo Switch. Just like Super Mario Odyssey, The Legend of Zelda: Breath of the Wild is also one of Nintendo's exclusive series.

Even those who haven't played a video game in over a decade are familiar with The Legend of Zelda, and the franchise continues to have just as much significance for Nintendo as it did back then. The game is about 50 hours in length.

The music in The Legend of Zelda: Breath of the Wild is most evocative of the Impressionist Era, which included the 19th and 20th centuries. The music of this age evokes more complex thoughts and emphasizes nature and the environment it creates.

A split-screen multiplayer mode has been added to The Legend of Zelda: Breath of the Wild thanks to a new mod produced by Kirbymimi. 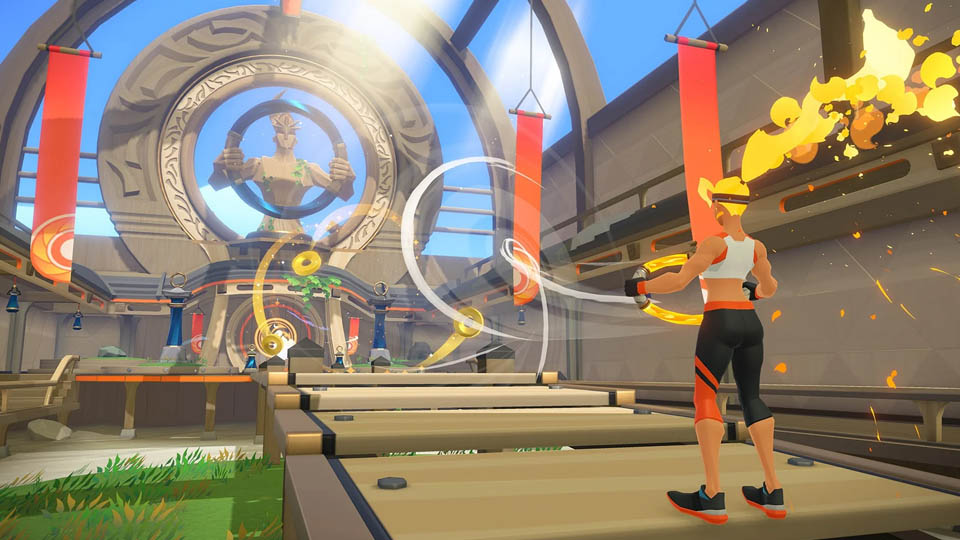 Ring Fit Adventure has a multiplayer mode, however, it's not possible for two people to play at the same time. It is necessary to have both the Ring-Con and the Leg Strap accessory in order to play Ring Fit Adventure correctly. You are welcome to compete against your pals, but you will need to take turns.

The total gameplay time is about 64.5 hours and you might need about 160 hours to complete of Ring Fit Adventures. Also, the game is developed by Nintendo specifically for Nintendo Switch.

Ring Fit Adventure solves all of these issues by turning exercise into a game and enabling users to do their workouts from the comfort of their homes. There are 17 different tracks that may be played in rhythm mode, and each song has its own unique pattern that can be used for any of the two different types of workouts.

Ring Fit is a video game that challenges players to use their entire bodies to defeat monsters, collect coins, advance in levels, and surpass their previous personal bests. 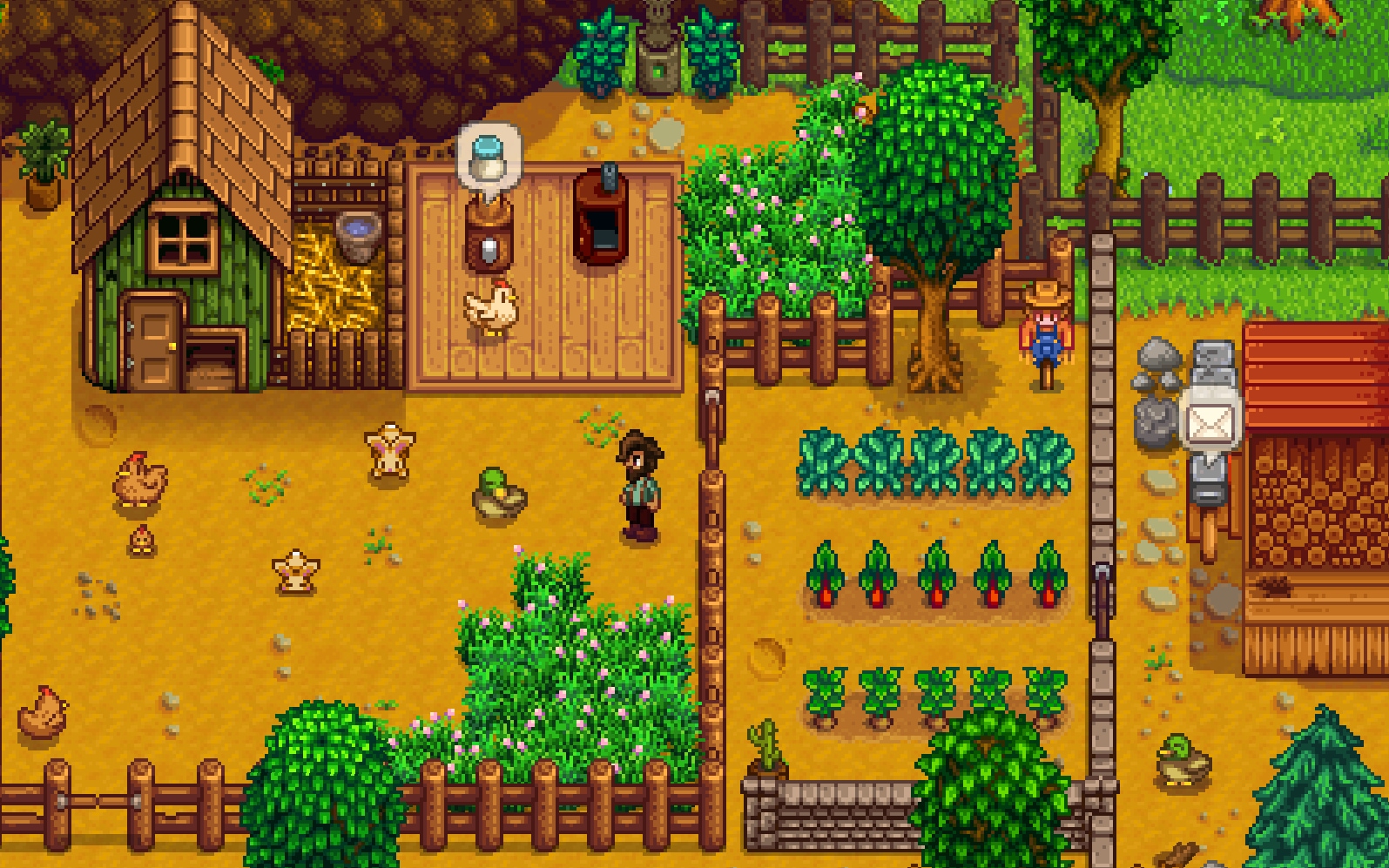 This lovely multiplayer game dives headfirst into the simulation of farming in all its glory. Stardew Valley is an adventure game that guides players through cultivating their farm, making friends with the citizens of a sleepy little town, and uncovering the mysteries of the surrounding valley. The gameplay is about 52 hours but you are likely to spend about 155 hours for completion.

Because the game is entirely determined by the decisions you make while playing it, it is an excellent way to relax and clear your mind. The music of the games makes the atmosphere calm and serene. You can enjoy this game on PC and Xbox too!

Keep an eye on your crops and livestock as the seasons change to keep your farm running smoothly and prevent crop failure. If you get tired of the hustle and bustle like the character does, this lovely game is definitely a good comfort for you.

The virtual building sandbox seen in Minecraft has become the Lego of a new generation, and the game is experiencing success that can be inferred from this analogy.

In the past, Minecraft had a unique codebase and servers for each available console. This resulted in a tiny difference between each version.

The game is now available in a single, unified iteration. Construct, create, and protect yourself, little ones. 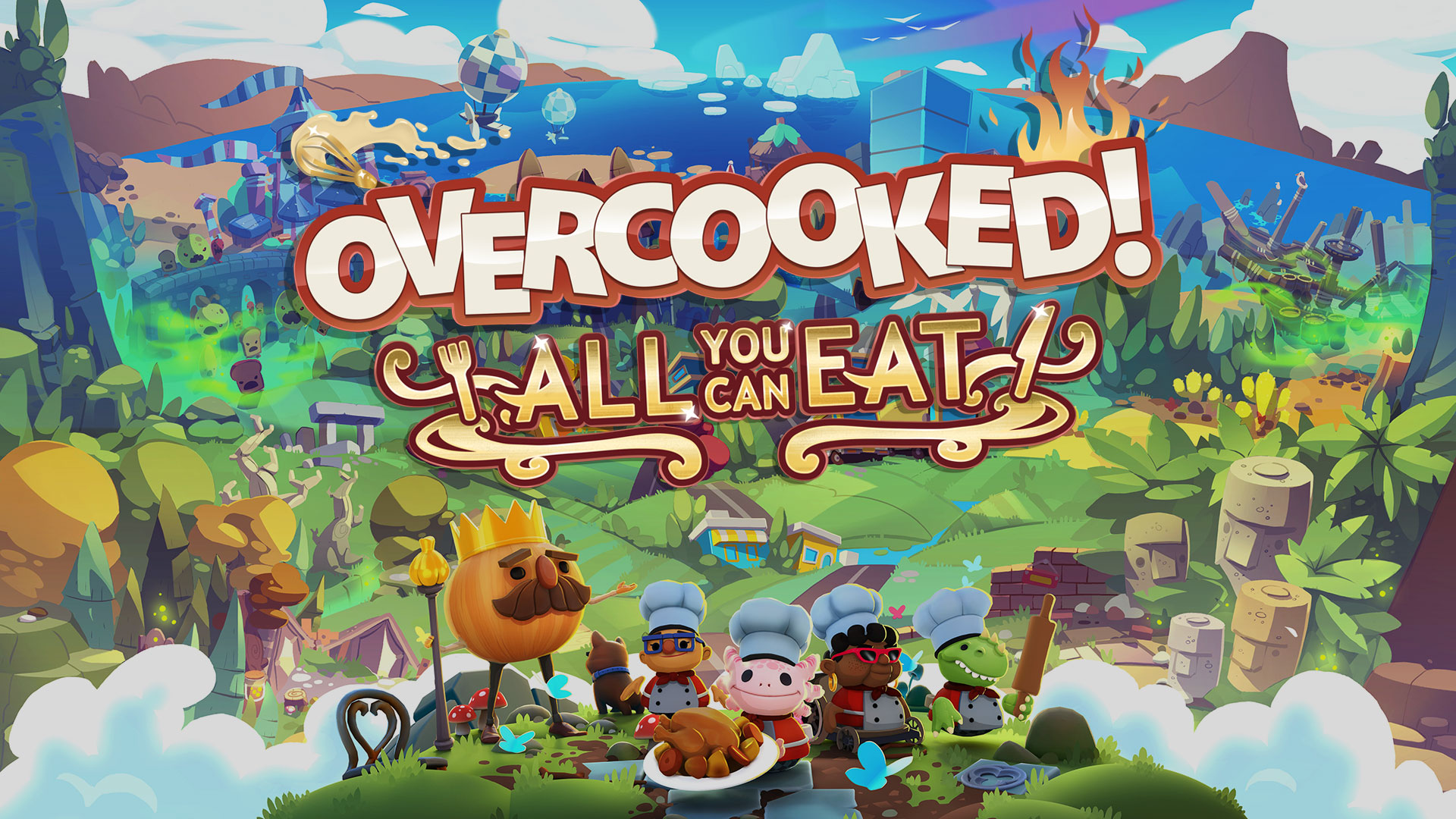 Overcooked! All You Can Eat includes all of the material from both the first Overcooked! Game, as well as the sequel to that game, Overcooked! 2.

To achieve your goal of saving the world from monsters, you will need to go through 75 levels, unlock over 20 different characters, chop, fry, and serve your way through a series of unconventional kitchens, and become an expert in a wide variety of cooking tactics.

Overcooked! is a game that is much more enjoyable when played with other people. To create a culinary masterpiece, you will need a lot of help from your teammates and a lot of patience since the game becomes more challenging as you go through the stages.

Nintendo Switch has been on the market for quite a while now, and even with the likes of PS5 and XBOX, Switch still is the most favored one. One of the prime reasons for its popularity is its huge variety and depth of libraries. Peruse our list and choose the games that will enhance your thrill in the New Year!